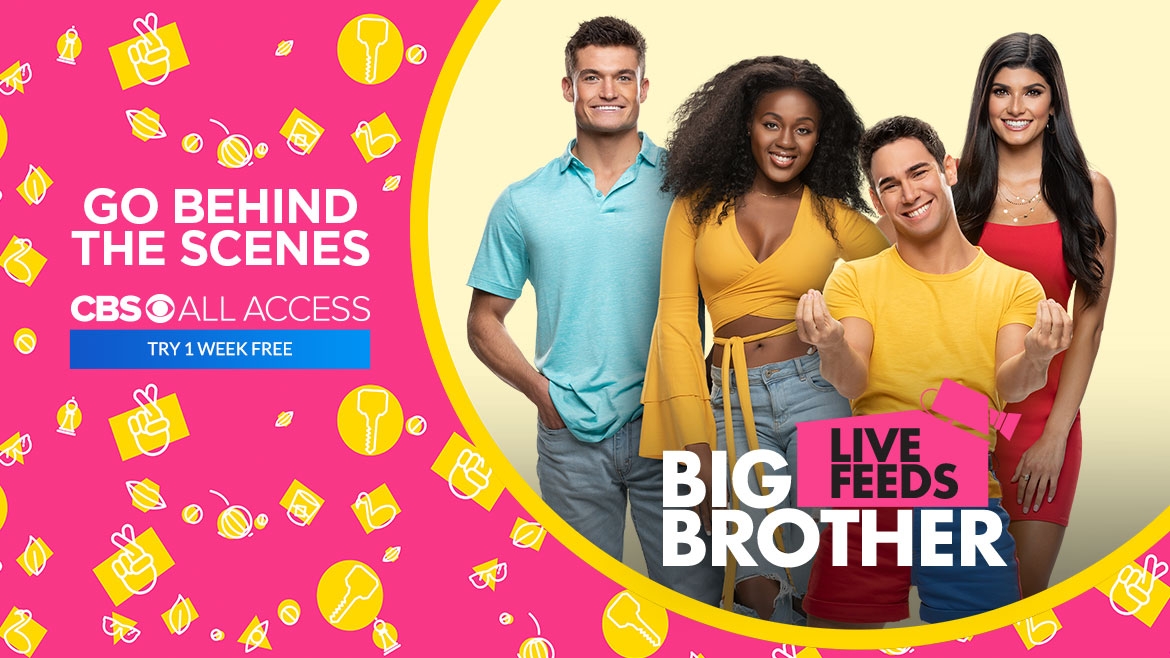 Here’s your link to the Official CBS Big Brother Live Feed, as delivered by CBS ALL ACCESS!

The new Big Brother 21 Cast is in the house and the CBS TV Premiere is set to kick off another exciting summer season of Big Brother!   Of course, every Big Brother fan will be sure to catch every episode on CBS , but die hard fans always want more!  That’s where the CBS Live Feeds come in.

When you sign up, you can watch free for one week!  If you continue your subscription, you’ll pay only $5.99 a month for unlimited access to CBS ALL ACCESS, including the LIVE FEEDS!  If you want to stream without ads, pay only $9.99 a month!

CBS is your premiere television network for entertainment, news and reality TV. Stream your favorite TV shows including Big Brother USA. The Live Feeds are a bonus for fans who want to go inside the Big Brother House all summer long.

After the TV finale and the winner is announced, live feed subscribers can go back inside the house for the end of season backyard party. This will include interviews with all of the houseguests. So what are you waiting for? Sign Up Now for the Big Brother CBS Live Feed!